How Bright is the Economic Future for Small Businesses?

We are happy to report that further to recent findings from NFIB.Com, the Small Business Optimism Index is up! This is an indication the economy is slowly moving forward. At least this is what we would like to think – or is the economic rollercoaster still in full swing? 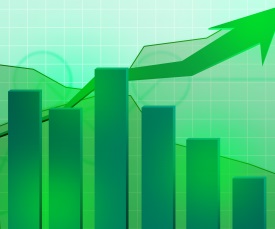 The April 2014 report, which is a reflection of the opinions of business owners/members of NFIB, indicates that after February’s decline, confidence is up in March. “Overall, the March gain more or less reversed the February decline, while the Index still can’t seem to get above 95, we can be encouraged that the economy is at least crawling forward and not heading in reverse,” said NFIB chief economist William Dunkelberg. What is the improvement down to? In part real sales gains (50%), inventory satisfaction and inventory investment plans.

Some of the promising March figures in the report included:

However there were still signs that indicate small businesses have to contend with some ongoing obstacles.

So how about credit? Forty eight percent of small business owners surveyed said they did not want a loan. Many cited taxes, regulation and red tape as their top business problems.

This report gave no indication that business owners were looking for alternative forms of finance. However, in the current financial climate, where loans carry a strong burden of responsibility in the form of repayment, it may well be an opportune time to consider invoice factoring if your company has outstanding accounts receivables from customers who take 60-90 days to pay invoices. The key benefit of factoring, in this instance, is no addition to the burden of debt for the business. Putting your invoices to work is an efficient way of increasing cash flow quickly.